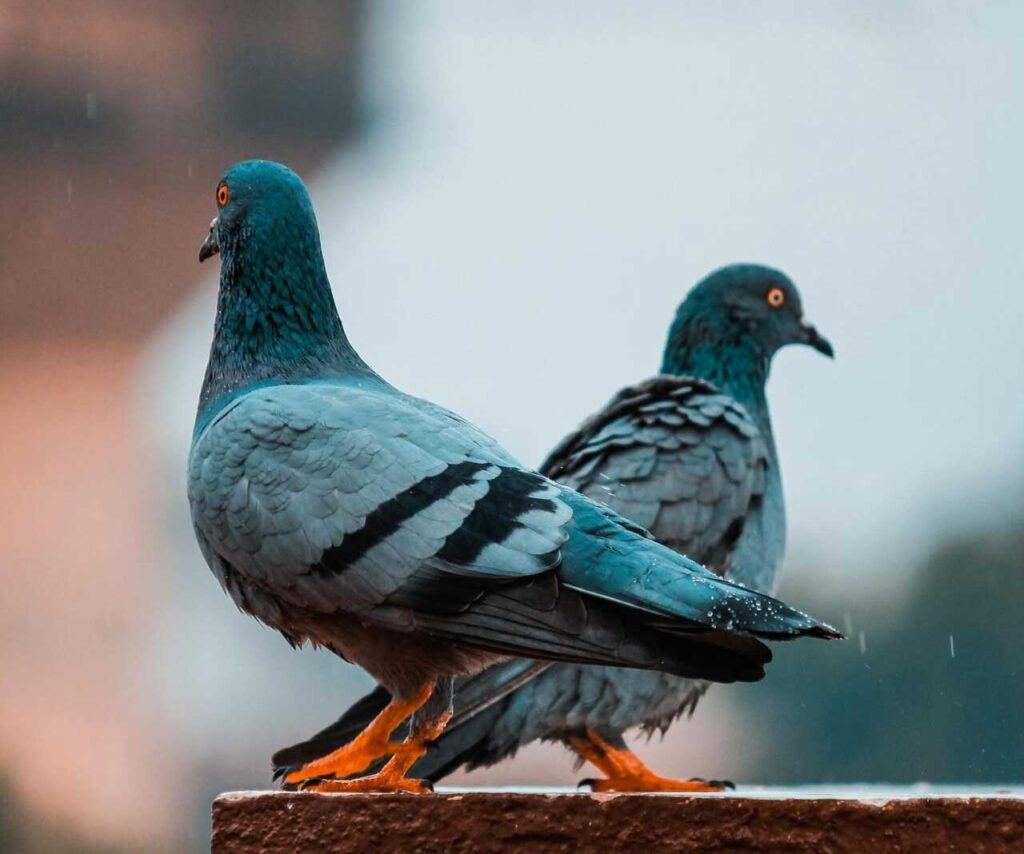 Request Inspection
Whether you are traveling through a large metropolitan area or a small, rural town, you are likely to run into a bird or two. The most common birds you may encounter include House Sparrows and European Starlings, but the most infamous of them is the pigeon. Pigeons, more infrequently known as Rock Doves, are among the most widespread bird species currently known. Estimates say that approximately 400 million of them are living across the globe, with most populations concentrated in cities. Pigeons have been known to carry a wide variety of diseases, including cryptococcosis, salmonella, and toxoplasmosis. This species is infamous for their tendency to carry parasites and other pests like ticks, fleas, lice, and mites. Such parasites and secondary pests pose a serious health hazard to both you and your domestic pets. Though many consider pigeon droppings to be simple annoyances, they are also widely considered to be a hazard to health and safety. People often find themselves slipping due to their droppings, and the acidic nature of the waste can cause severe structural damage to vulnerable buildings. The feces are another primary source of disease transmission as well.
If flocks of pigeons (or other nuisance birds) have plagued your home or business, it’s time to get professional help to protect you and your community. Bird removal is not something that should be attempted on your own since there are numerous risks to your health and safety. This job requires extensive personal protective equipment (PPE) due to the high number of diseases that may be transmitted. There are stringent protocols on how to properly collect both dead or live birds that ensure the safety of the animal and the individual attempting to trap or collect it.
Following the trapping or collection, strict procedures must be followed on how to transport the animal for relocation or to storage for testing. The area must be wholly sanitized upon removal of the bird, to ensure that no transmissible disease remains in the area and that no predators are drawn to the site. Once the bird is removed from your household, appropriate measures must be taken to prevent the flock from returning. This is a job that must be left to the professionals as well since DIY methods cannot hold up to the effectiveness of trained technicians. Professionals may use any of the following methods to keep your home safe from future infestations:

To get the assistance you need in protecting your home from bird pests, especially pigeons, call Wildlife Prevention & Repair. We are an authorized installer for Bird-B-Gone, and our experts are equipped with an abundance of experience in bird removal and control. We are the most trusted company for cleanup and have the training to repair damage caused by the avian menaces. Our goal is to make sure that your Tennessee home or business is fully protected from birds and other pest species, allowing you to live peacefully and confidently. Call us today to get those pesky birds off your doorstep and enjoy the peace of mind of a pigeon-free life.

We offer bird removal services in Humboldt, Milan, Union City, and other surrounding areas. Give us a call today!