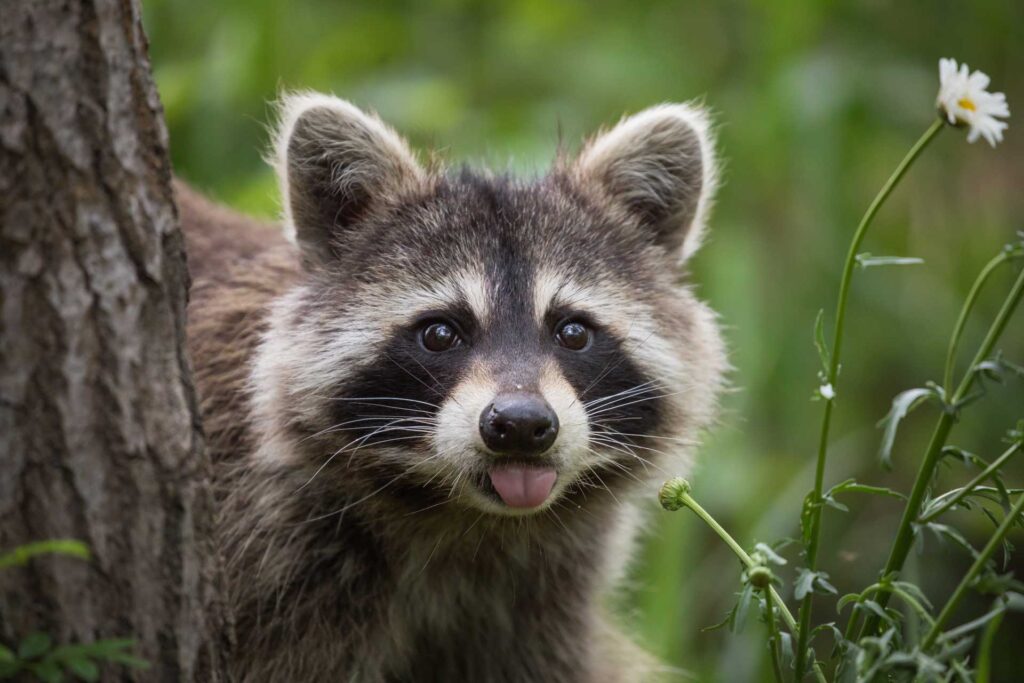 Request Inspection
The name raccoon is from a Powhatan word “aroughcun.” which translates to “animal that scratches with its hands.” They are one of the cutest, yet problematic animals found in rural and suburban areas. Their black “masked” eyes give them a unique look that makes these animals stand out from others. With a bad reputation for being trash eating, nocturnal pests, they do have some very interesting little-known facts.

They Are Fast Runners

If you have ever caught one digging through your trash or dashing across the street at night, you may have been surprised by how quick they are. Fast for their size, they can reach speeds up to 15 miles per hour. This allows them to outrun predators or escape dangerous situations.

As an animal that routinely climbs trees, buildings, and houses, they are susceptible to taking a fall every now and then. They are built to survive high falls. In fact, according to Live Science , they can fall 35-40 feet without suffering injuries.

In the US, there are approximately five to seven thousand cases of rabies annually. Raccoons account for 35% of reported cases. Fortunately there has only been one documented case of rabies due to their bite, being fatal. In the late 1970’s, rabid raccoons were found in Virginia and West Virginia and soon spread to the adjoining states. An estimated fifty thousand cases of raccoon rabies were diagnosed. In 2003, Tennessee became the 20th state to have animals test positive. Household pets are even more susceptible and have a higher chance of direct contact.

Where most animal populations have seen a negative toll with the increase in the human population, raccoons have seen the exact opposite. The population in North America has skyrocketed over the past 80 years. This is interesting because they are usually found in wooded areas, which are continuously disappearing with increased construction in the US. However, they are very adaptive and can learn to live in different habitats, environments, and climates. We may be unknowingly aiding the creature’s acclimation to city life. According to zoologist Sam Zeveloff, they appear to learn from us. They do however provide a boon to the economy through the regulated trapping industry. They are the most important animal economically of the harvested fur-bearing animals.
Raccoons usually feast on small birds, fruits, nuts, and seeds when living in the woods, but once they adapt to living in a more suburban area, they will target bird feeders and pet food. Due to their nocturnal nature, you will most likely not notice the increase in population.

When dealing with raccoons, it is best to call a trained professional to keep you and your family protected. The experts at Wildlife Prevention & Repair are here to eliminate your problem. We ensure the animals are trapped responsibly. Famous for the amount of damage they can cause, we will make the necessary repairs, and suggest a plan for exclusion. Our team is here to help with nuisance wildlife removal and offer 24-hour emergency service if needed. We offer raccoon removal services in Humboldt, Milan, Union City, and other surrounding areas.